You can now find blimps anchored at Kent Raceway in Washington ready to spectate the race! 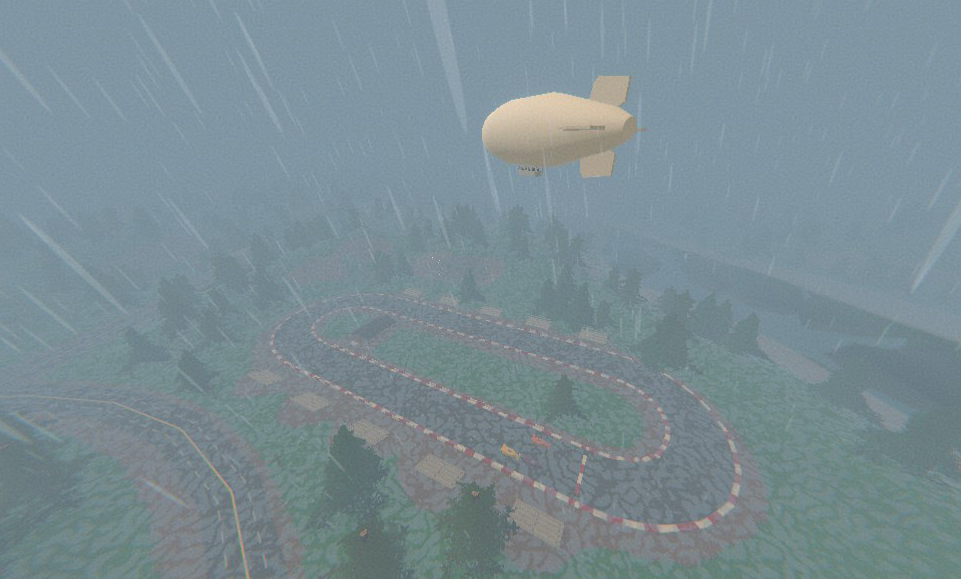 They're the first air vehicle in the game that remains at their set cruising altitude without a pilot. You exit the blimp on top which makes it easier to build on.

Admittedly this patch is pretty small - most of my focus has been on 4.x this week, however there are some fairly big exciting updates to 3.x planned for December and January coming up! Since I've been working on boring stuff e.g. controller support, AI, menus, custom editors, etc the next devlog will likely be someday the week after next.