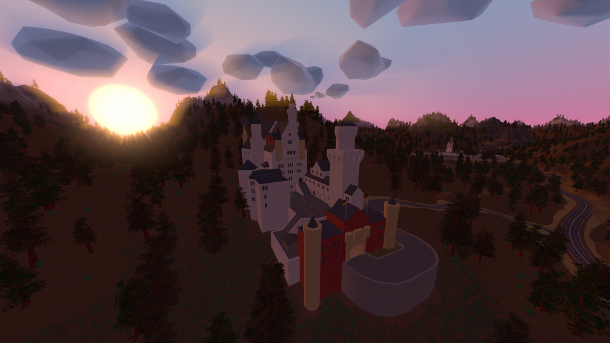 The new Germany map is finally here and available to play under the Official maps tab!Germany is a new large sandbox survival map trying out several gameplay twists. It's more vertically oriented than any previous map with medium cliffs in the East blending into towering mountains in the West. It's more spaced out than Russia and has increased military presence similar to Washington including Coalition encampments. For the first time the military is using a mix of Military and Ranger grade weaponry. It also makes use of the features I've been adding the past couple months through areas like a submerged town with the most useful loot deepest underwater, cascading waterfalls, a burning crash site with primarily burning zombies, pathfinding for zombies over the city rooftops and quite a few underground locations.

Today marks 3 years together on Steam and Unturned's transition out of Early Access! To celebrate anyone that plays over the next 3 days will have a chance to be dropped the Anniversary Gift Bag and everyone who's helped out over the course of Early Access will receive some special cosmetics!These past ~4.5 years have been a crazy journey and I'm very proud to see how far we've come from the first version of Deadzone to Unturned 3.20 now. It's been a pleasure and lots of fun evolving the game this whole time alongside you. It boggles my mind how long some of you have been with me and I can't thank you enough for your support, but a huge thank you nevertheless. This community has changed my life and opened up so many cool opportunities, and I'm incredibly excited looking to the future with all the awesome updates and directions I want to take the game.I hope you enjoy the update and as always I'm eagerly awaiting your feedback to improve Germany!