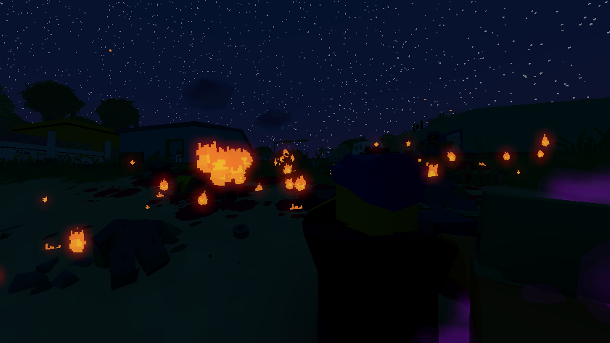 The zombies have got some new abilities! Keep an eye out for the Flanker zombies which can stealthily attack you from behind, and the Burner zombies which explode in a burst of flames spreading to other zombies. The Mega zombie has also realized he's strong enough to tear concrete right out of the ground for use as a projectile - so you're no longer safe just out of reach! Mind you this is only the beginning...

You can finally customize your viewmodel! I've elected to hide it away from the option menus however, as changing from the default settings will reveal issues in the animations especially with a high FoV. Tweak at your own peril!

Rather frequently Vive owners have been downloading Unturned for the VR mode (quite reasonably) assuming it's the main game, and are disappointed to learn it's currently only for the level editor. It's also annoying for non-Vive owners having the SteamVR category and SteamVR launch options. To help with these I've disabled the VR support info from Steam, and added more in-game information about launching it from the editor menu. While all recent editor upgrades have been applied to the VR version as well I do still want to do some VR specific upgrades, for example adding physical tools and a toolbox to carry them in, but judging from the negativity surrounding the initial VR update these should be prioritized after the core game's development has settled down.