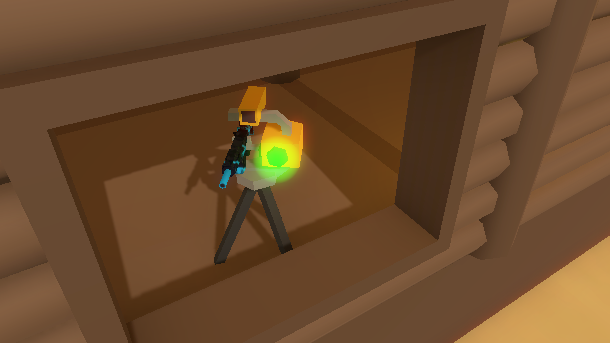 You can now defend your base while offline! The sentry turret will keep a watchful eye out as long as it receives power and ammunition, and if it spots a hostile player or zombie it will begin peppering them with gunfire. It will not shoot people in your group or handcuffed survivors, and will suspiciously track enemies with their hands up.Similarly to the weapon rack you can mount a firearm in the turret's clamp to arm it. This means the turret is more effective with better weaponry, and makes the light machine guns more useful. Keep in mind that the turret cannot reload on its own, so it can be a good idea to routinely check up on your defenses and refill ammo when necessary.The sentry does have its drawbacks however: it has a lower firerate and accuracy than a human survivor, and will only scan a short area in its field of view allowing bandits to sneak up behind it. Likely the game balance will still need some adjustments, for example being able to place it on moving vehicles might be too powerful, so as always feel free to voice your suggestions once you've given it a try! 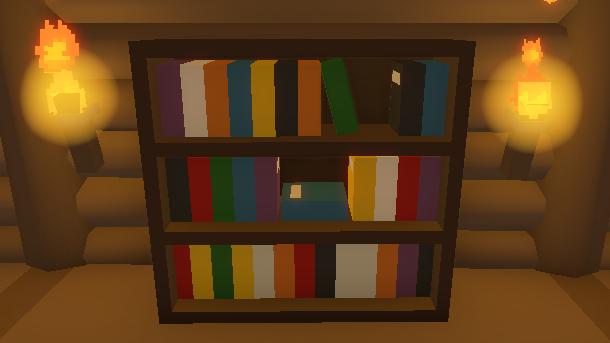 With a library you can read and write books to pass experience points between survivors! Libraries tax transferred experience at 10% as opposed to a 25% loss upon death. This can be helpful for avoiding huge losses following repeated deaths during combat.

Hello, world! If you can read this then the update worked - the main menu news feed has been upgraded to the Unity 5 user interface system to mimic the existing UI while taking advantage of several scaling improvements. Previously extra information like this was only available in the web browser with a [More info in full post!] tag, but is now easily viewable in the client, and thanks to Steam's recent addition of an image CDN for announcements all pictures like the ones above are downloaded as well.